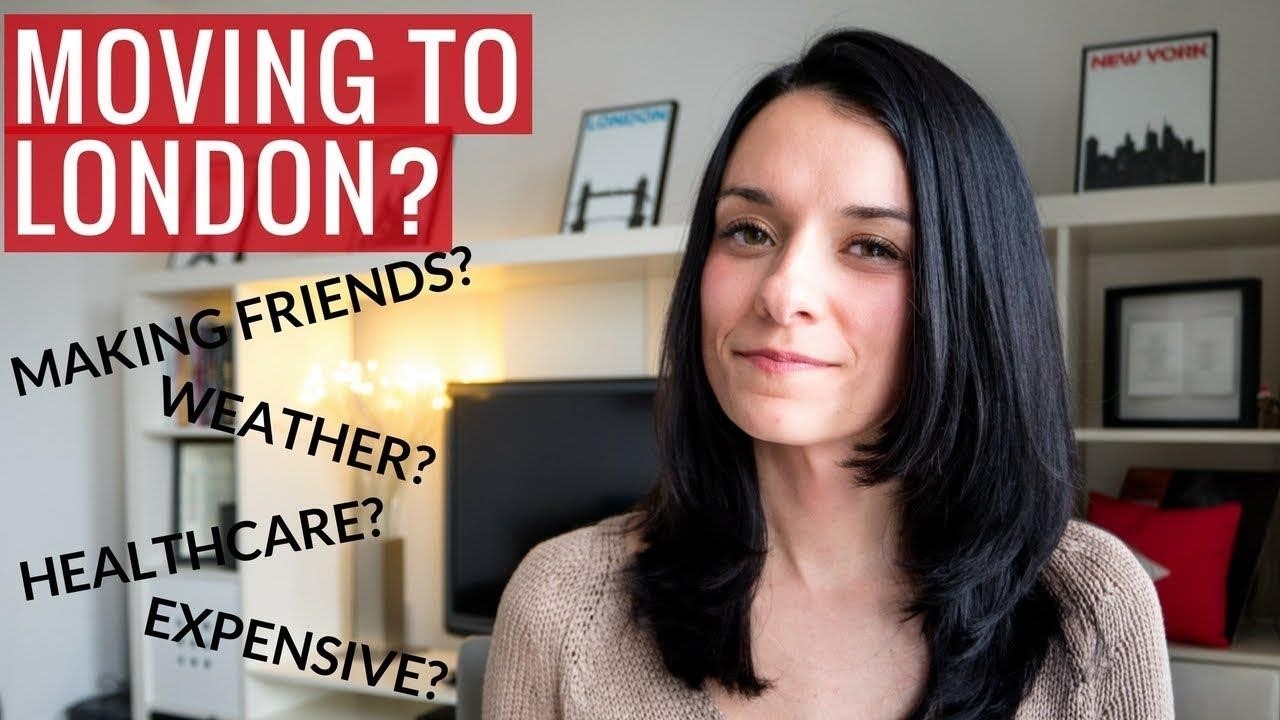 Things You Don't Expect When Moving to London

If you're thinking of moving to London I'm gonna tell you about the things that I did not expect when I first moved here, so hopefully you can be a little bit more prepared when you get here! This video is part of my living in London series so make sure you watch to the end of the video to get links to more helpful tips and tricks for anyone who's planning to move here! You won't live near the major sights! Now if you're hoping that you're gonna find a lovely apartment that overlooks Covent Garden or has views of Big Ben then unfortunately I hate to disappoint you but that's probably not gonna happen unless you are absolutely loaded! It is really expensive to live in central London where the most famous sights and attractions are but actually a lot of Londoners would prefer to live a little bit more outside of central London anyway, because there are some really lovely areas that have more of like a neighbourhood local feel and aren't quite as crowded as central London. You have to pay council tax on top of your rent! As an American this is not something that I was used to having to pay a tax on top of the rent that you're always paying when you're just renting, and you don't own a place. But that's something to consider when you are figuring out your budget and what you can afford in terms of what kind of rent you can pay for a place here in London! This video is sponsored by Job Today an app that makes finding a job in London quick and easy! No CV is needed all you need to do is create a basic profile with your photo, your information and your past experience. There are thousands of jobs on the app so when you see one that you like just click 'apply' to send in your profile or click to 'chat' and ask the employer some questions.

Once you've applied for a role you'll hear back within 24 hours if they want to speak to you further Or if it's just a no and you can start applying for other roles! 'Jot Today' has jobs in sectors like hospitality, retail and a lot more so download app for free and see what they have available on there right now even if you aren't in London just yet. You can get it by clicking the link down in the description box of the video! Lots of people cook at home, coming from New York where all my friends that live in New York City literally eat out for every single meal! London is actually not really like that as much people are much better with cooking at home, making their lunch and their dinners at home and it's good because if you are on a budget and can't really afford to eat out all the time it's not like it's going to really ruin your social life because you always have to cook at home on your own! Most apartments have their own washers and dryers! Again knowing my friends in New York who none of them have a washer or a dryer in their apartment , in London, generally speaking, it's fairly standard to have your own washer in your actual apartment. However if you're an American and you're used to dryers it is pretty tough to find flats with dryers here! I personally have a washer/dryer combo but I very rarely ever use the dryer just because it actually doesn't really do a very good job so I pretty much line dry everything. Drinking after work is pretty popular! People who work the typical 9 to 6 hours will often pop down to the pub after work for a pint with their co workers and their friends.

I think this is great because it gets people out of office at a reasonable time, it's a nice way to wind down and reward yourself after a long day of work and it can also be a nice way to meet other people outside of work! So even if you're not working in a typical nine to six hours It's still pretty cool to go down to the pub, and it's just a really good energy once everybody's out of work, and it's really cool and fun to be around! London covers a huge area! I talk about this a lot in my videos for people who are coming to visit London but I think when you do live in London you feel this even more.

London covers an absolutely humongous area especially when we talk about Greater London, so if you meet a new friend at work or anywhere really don't expect them to live just down the road from you! Especially because lot's of people live more on the outskirts the city because they need to save money and they can't afford to live more central, so you might end up travelling quite far to get to a friend's house or to meet them in their neighbourhood. People don't speak on the tube! I found this very funny when I first moved here, especially as an American and as a New Yorker! Most of the time the tube cars are very quiet even when they're absolutely packed during rush hour is pure silence on the car and also the big joke here between Londoners is that you never look somebody in the eye when you're on the tube is like a super awkward thing and It's just kind of weird, but yeah So don't expect to go on the tube and be striking up conversations With people because most of the time everyone just wants to be left alone, and it's not that they're being rude it's just how it is here. The weather is somewhat mild! As a New Yorker I grew up with really hot summers and really cold winters and we don't really get the major major extremes here in London. In the summer, we usually only have like one or two weeks where we get what's considered a heatwave, and it gets really warm but the rest of the time it's usually either a little bit chilly or it's a very comfortable temperature! And in the winter we again will have a couple of weeks where we'll get quite freezing cold temperatures but for the most part it's not frigid New York type of winter weather.

Although It's very ironic because as I'm filming this it is really snowing out there, and we very very rarely get snow but we've had a lot this year which is weird. Another point about this summer in London because the temperatures are so mild, most flats will not have air conditioning. But you really won't feel like you need it, all you do is open up the windows and let a breeze in and it's actually usually very comfortable and relaxing! This city is incredibly diverse! When I first moved here, I thought that everybody who lived in London would be like wearing tweed and say 'pip pip cheerio' ! And that's kind of a joke I didn't really think of it that much, but I did definitely did not realize how multicultural that this city is.

In fact, it's so diverse that you'll find it really quite rare to meet somebody who was born and bred in London. So many Londoners that live here now we're born in all parts of the world and it makes the city really accepting of different and new cultures and very open to all different types of people! I find it incredibly refreshing and it's the type of atmosphere that I feel like I always want to be surrounded by and I think that you'll like it too when you get here. The NHS was confusing when I first got here, but overall I find it to be quite helpful.

As a foreigner who's used to the US health system I came here, and I had to learn like new systems, and I'm still like trying to figure out which speciality doctors I have to go to for certain things, how I get this, how I get that checked out... It's still a little bit confusing and it definitely has its flaws, but overall I feel really thankful for it and I think for a lot of patients that it is a really good system. Are you planning on moving to London? Let me know down in the comments of this video.

Don't forget this is part of a living in London series on this channel so I have two videos over here that you can watch from the series and get more tips before you make the big move!