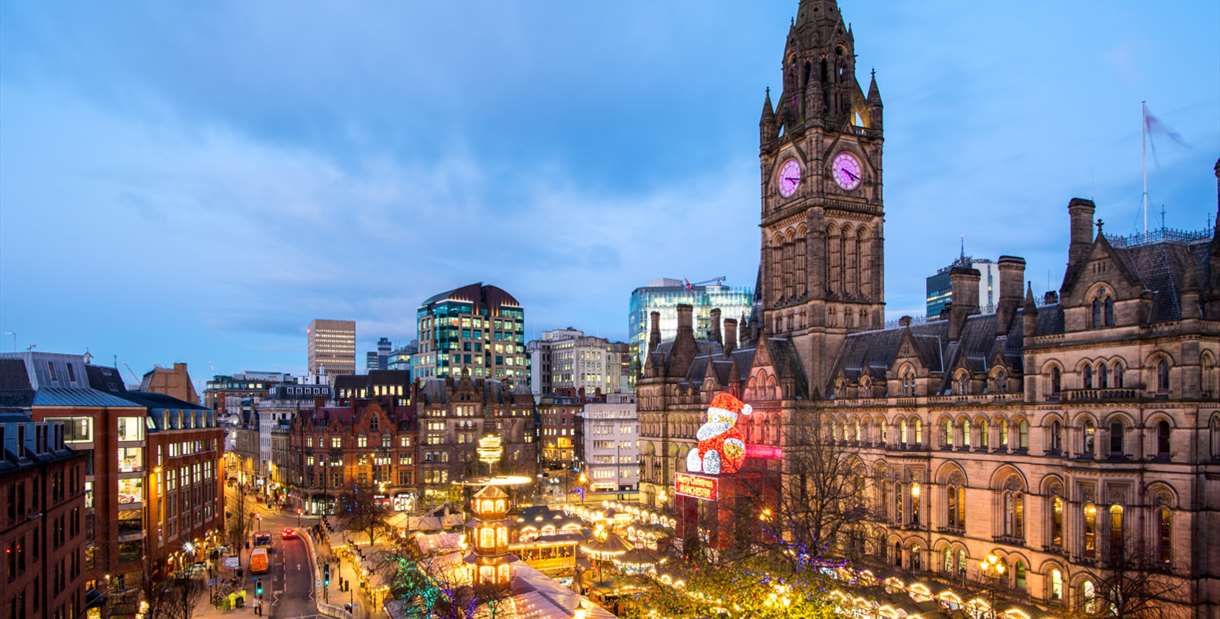 If you are ever in Manchester, England, consider yourself lucky. Though mainly known for its famous football clubs, the world’s first industrialized city is home to a number of iconic buildings, great museums, and amazing restaurants. It also has a great public transit system and a walkable downtown core, even for kids, making it a great place to visit for the whole family. Here are some of the best discoveries we made in Manchester Harry Potter fans take note, as many visitors equate a walk through the majestic John Rylands Library with a trip to Hogwarts.

This wondrous building in Spinningfields is centrally located and fun for the whole family. You may find yourself inspired to look deeper into the past or perhaps you are just there to explore. If so, have a few coins ready for this unusual donation bin we found near the staircase. “This is the most bizarre thing. Keep watching” “They’re supposed to be having tea” “So weird” “Scary” Yikes.

Not too far south of the library lies the Museum of Science and Industry, home to relics from the city’s prosperous industrial past.

There is lots to explore at the museum, which features a mix of mechanical demonstrations and intriguing memorabilia. “What did you say?” “This is my shirt and I wear it all the time ‘cause it’s so cool.” “Um, I’d love to see you wear that.” With multiple buildings to explore, take some time to discover everything, especially the air and space hall, where you might find yourself thankful that air travel has changed drastically since its early days. The hall contains several examples of aircraft from the early 20th century and is sure to appeal to aviation fans. Sometimes a little mini golf is in order and the Junkyard Golf Club is just the place to visit.

It’s not your average mini put. With colourful displays, good beats, and fun areas to explore, the club makes golfing fun for kids and adults alike. This was my first chance to show the kids the joys of the game and teach them a thing or two about draining puts.

They are still learning but showed promise with a few good shots of their own. From there, we continued the fun at the Dog Bowl, a bowling alley and restaurant where our Little Man discovered bowling for the first time. “What are we about to do?” “Yeah, what is that?” “I don’t know.” “It’s bowling.” “Bowlingggg” He eagerly swapped his sneakers for a set of bowling shoes before making his way to the ball rack. After I showed him my horrible technique, he branched out on his own, quickly learning what not to do before developing his own shot, scoring similar results to his bowling challenged Dad.

Thankfully, we discovered the kids rack to help the kids put a little more force behind those shots. For lunch, we ordered up a few exotic drinks and some burgers. And since they ate everything, a few donuts were in order. “How was the bowling and the food?” “The food was good and the bowling was funnnnn!” Speaking of food, Manchester has some great eating options.

We visited the Oast House one evening, a large, lively indoor and outdoor pub, with a great bottle list, lots of beer on tap, and a wide range of food options. Neither of us could resist ordering the skewer, which came served as though it were puled right out of the fire pit. It’s great place for kids, who were provided with colouring books and a number of tasty menu options, though their favourite of course, was the dessert.

Afterwards, we found a few friends in the skies. “Look up guys. Someone is falling.” “Pretty neat art display.” We also made sure to join a walking tour of the city centre, presented by Manchester Guided Tours, where we explored a number of beautiful structures built during the industrial age, some of which are being used in great new ways, such as this theatre located inside the Royal Exchange.

The tour ended just outside the Manchester Cathedral, giving us a change to peel inside. We also discover a few shops that had all the goodies we were looking for. “Stopping in for some chocolate, and after the chocolate shop comes the Whiskey Shop.” For dinner that night, we made our way to the Refuge, open early and late 7 days a week and with enough space to fit a royal wedding party.

And because it was Sunday, we were lucky enough to sample from the All Day Sunday menu, starting wth the beetroot, hazelnut, and dill dip before diving into the Roast Platter for Two, which might feed four. The ambiance of this large restaurant is amazing, setting the stage for the large chocolate fondue plate that we finished with. If you suspect that the kids had a sugar rush that night, you would be right.

Through the week, we continued to make great discoveries. The Picadilly Gardens are an ideal place to take the kids on a hot day. Its water fountain will delight any little adventurers you’re travelling with.

For the big adventurers, Manchester has a great craft beer scene. I loved the Port Street Beer House and Beermoth bottle shop, where I discovered all sorts of craft beer gems. The great Scottish brewer Brewdog also has a location in the city, and if you are looking for a place with great craft beer and amazing food, it’s hard to top Cottonopolis Food & Liquor, located just off Piccadilly Gardens.

T his Japanese inspired eatery is located in a very cool warehouse and its menu features some great sharing options that don’t last long on the table. We were also in town during the Manchester Pride Festival, which rocked Canal Street over the weekend. “Alright we missed pride in Toronto so we are getting a taste of it from afar in Manchester.” “It’s a big party. I want to join in.

For our last meal in the city, we visited the Botanist, a beautifully laid out restaurant near St. Anne’s Square. We indulged the kids a little in serving them each an elaborate mocktail, which were so good that our daughter ordered two.

We enjoyed a number of great appetizers, excellent entrees, and another sublime dessert. “But Mom. Hey wait, did you realize that the spoons are shovels and the cups are buckets?” We went back outside to enjoy a little more of Manchester at night before making our way home for the night. After spending 148 days in Europe and Africa over the Spring and Summer, we would be flying back to Toronto the next day. Be sure to check out some of our other adventures and hit subscribe if you like what you see. 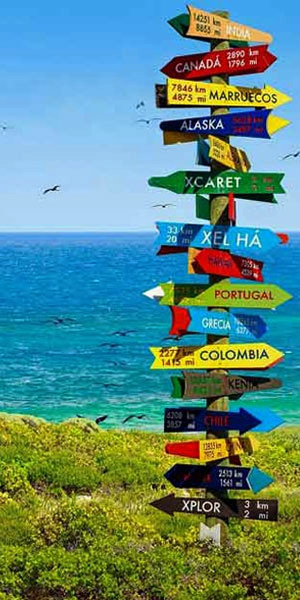